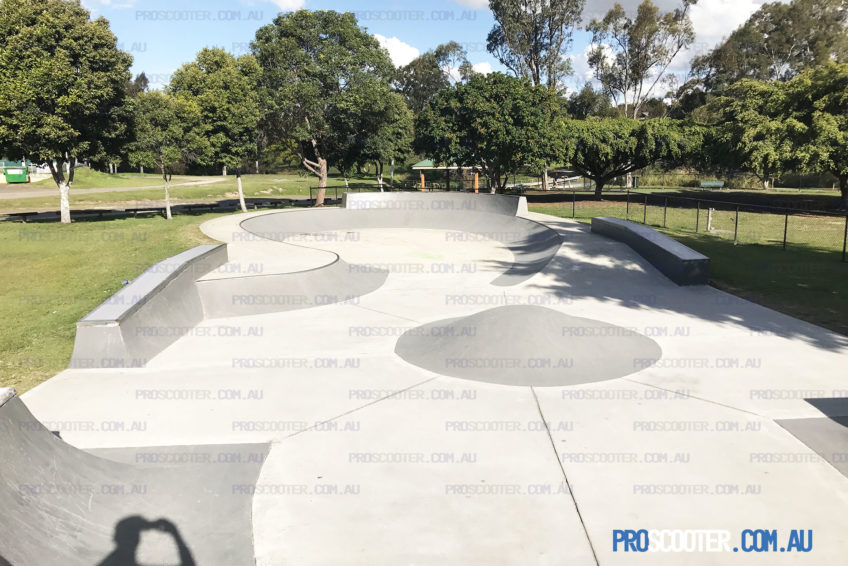 While not the biggest on the north side, Wavell Bowl is certainly one of the popular places to ride.  Wavell is on the almost inner north part of Brisbane, neighbouring other suburbs like Nundah.  While technically there’s lights at this place, they are directed towards the dog park.  There’s enough light to ride at night, but this does have the effect of casting shadows on some surfaces that can throw you off.  Be careful.

The bowl got an upgrade which is quite some time ago now, several years.  Originally it was one of the shallow basic bowls built in the 90’s or early 2000’s but it was rideable and fairly smooth.  The upgraded park extended on the shallow bowl with an extension on the park side bowl, and a completely new part down the other end.  A volcano is positioned in the centre flat for getting speed towwards the half bowl at the other end.  This one sits about 4-5 foot high, its a half circle shap with steep transition quarters also built adacent both sides.  Left and right side shallow banks lead up to grind boxes that can be approached at speed if you build it up.

Its well designed for end to end runs and pretty popular with the locals.  On a weekend (particularly Sunday) there’s likely to be parents giving their little ones a go using their mini scooters.  Try not to knock them over :).

Category : Brisbane
Type : Public Skate Park
Condition : Lights
Reviews
There are no reviews yet, why not be the first?
Leave a review
FOLLOW US
WHAT’S NEW
FIND
EXTRAS
Related Listings 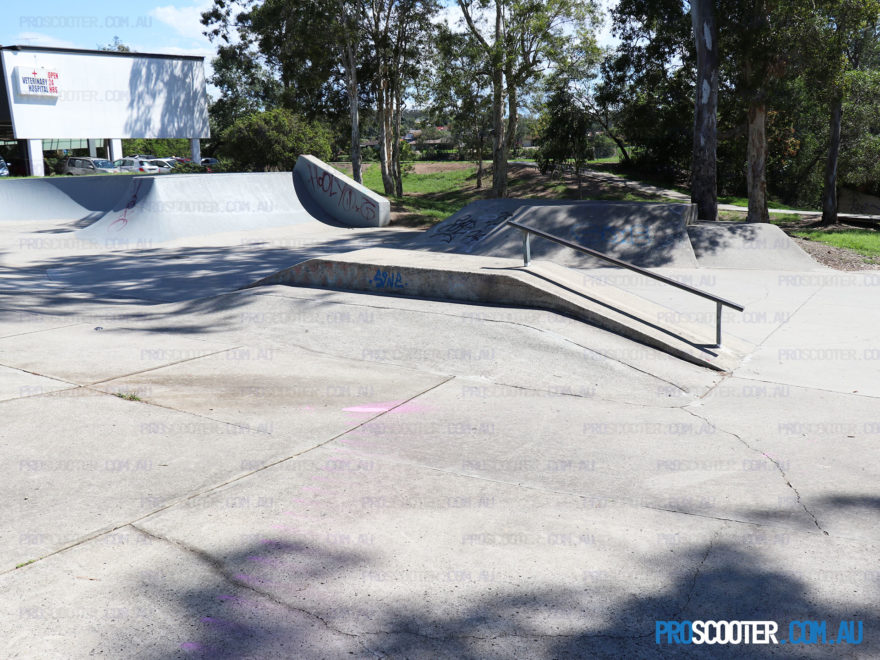 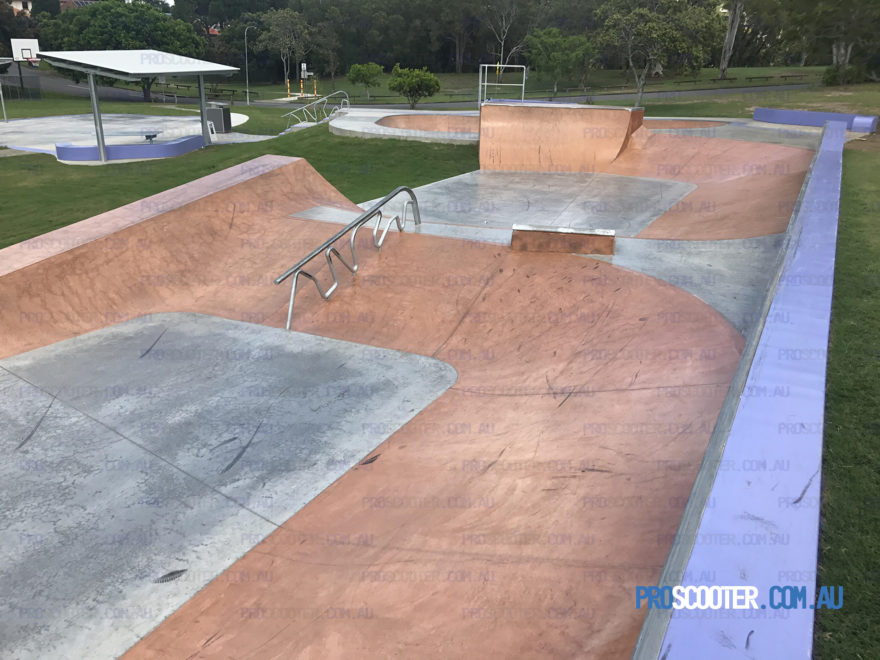 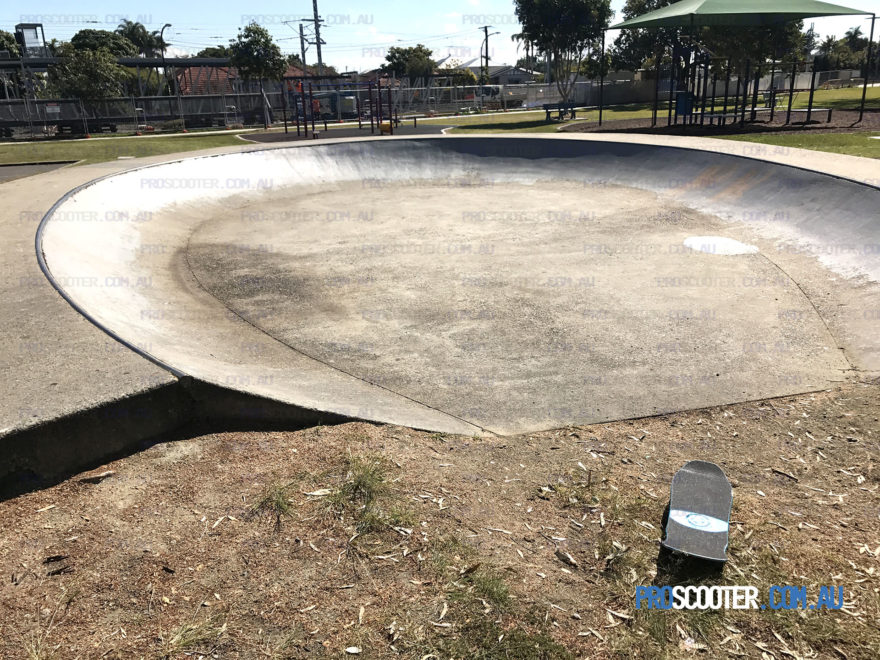 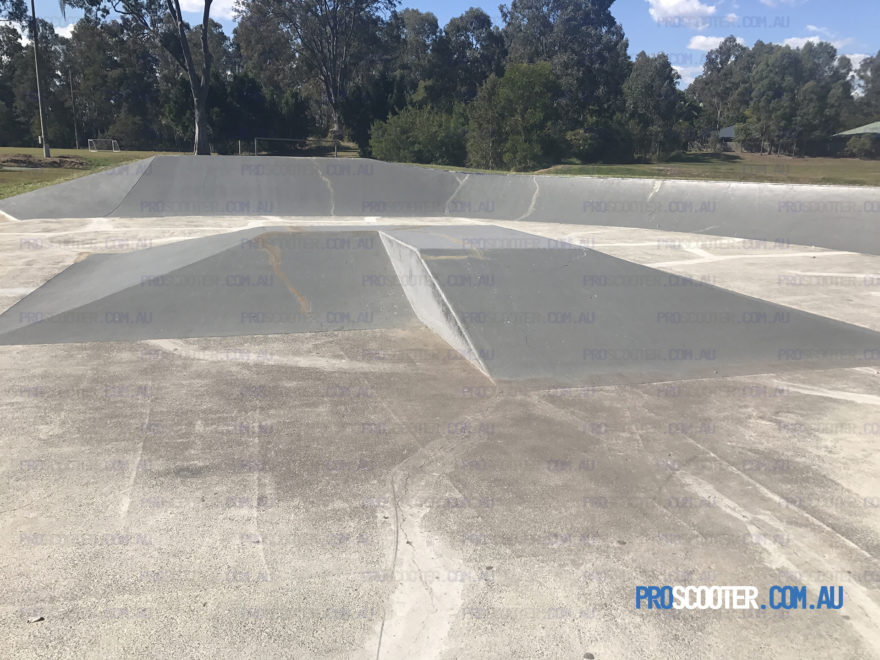 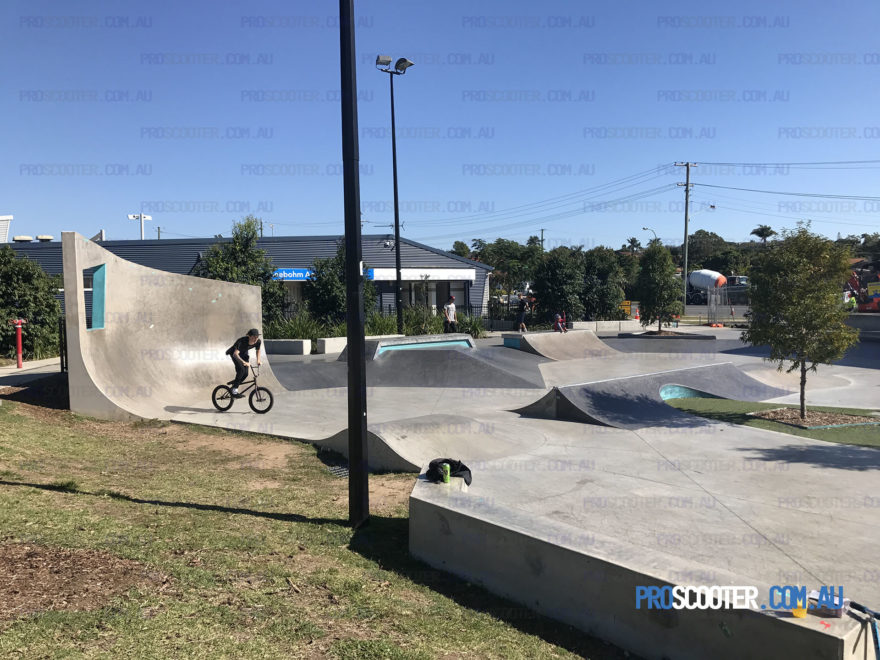 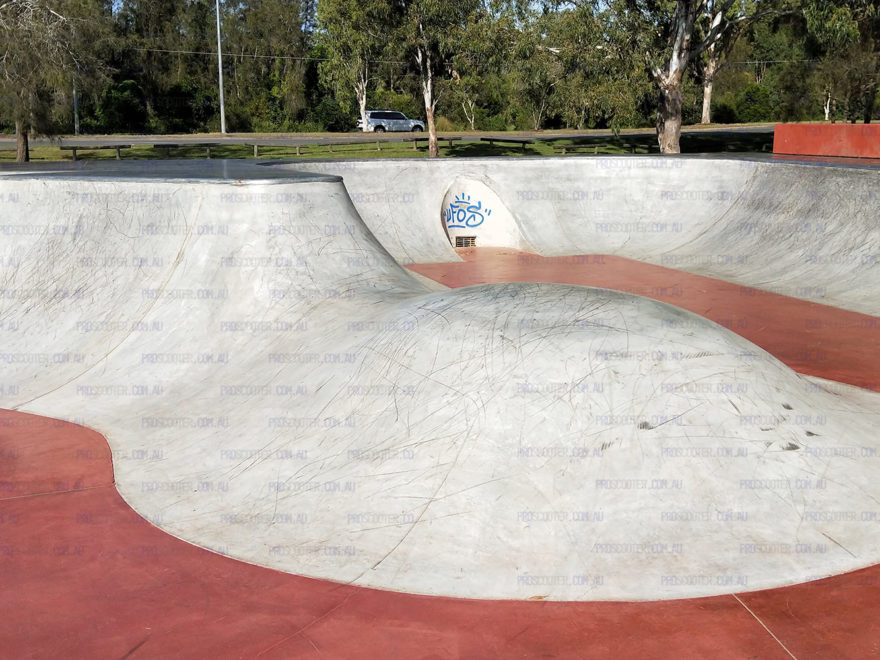 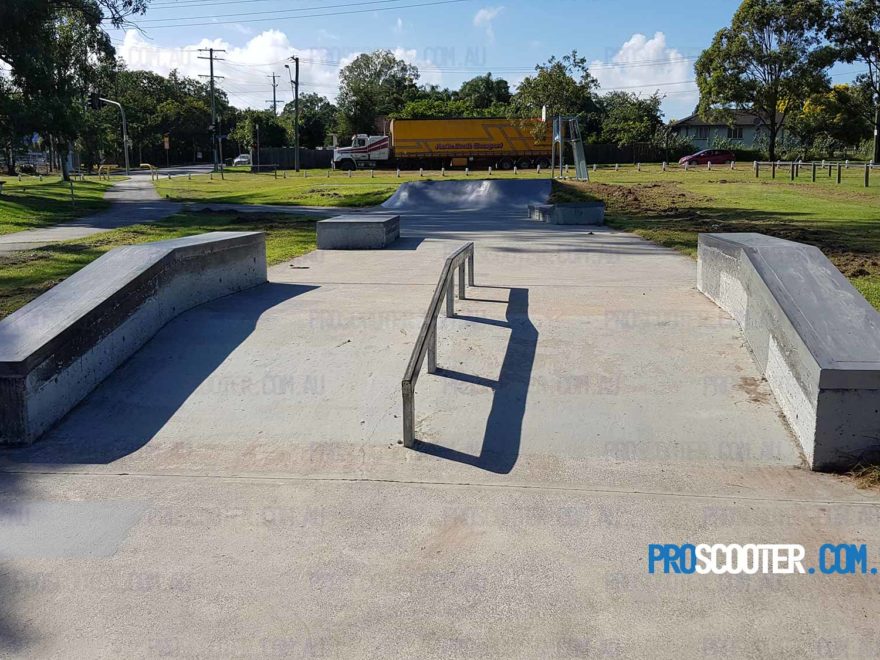 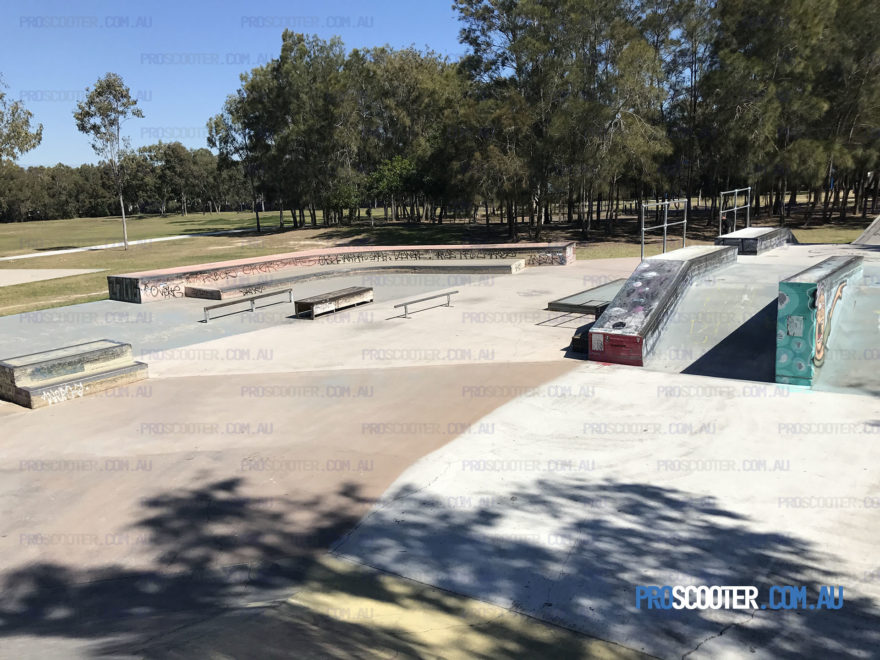 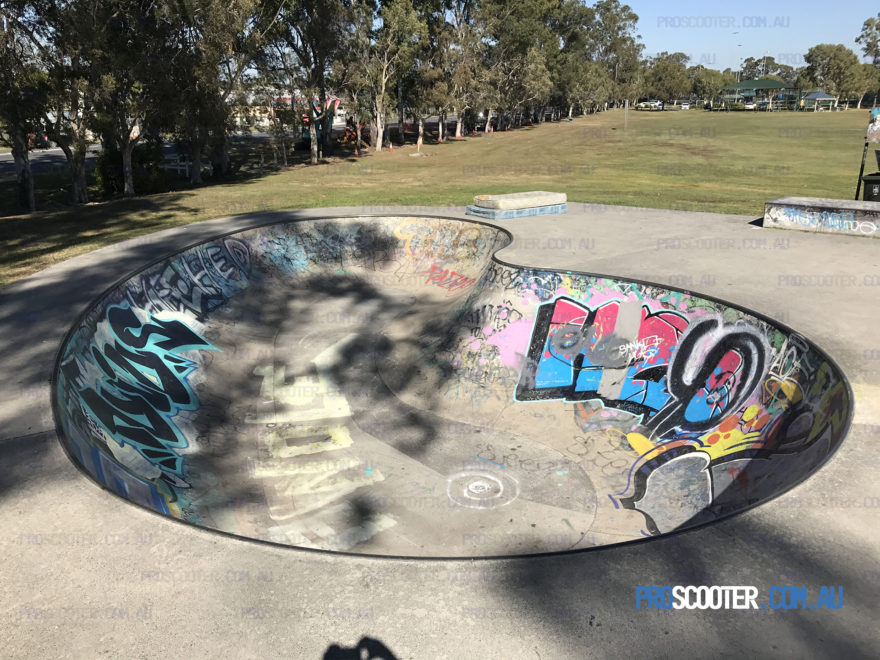 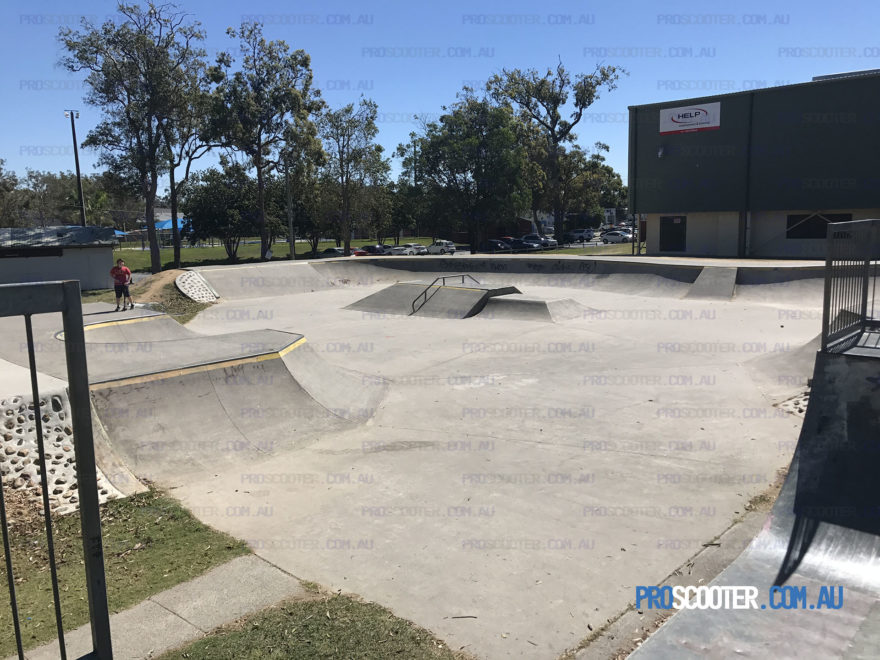 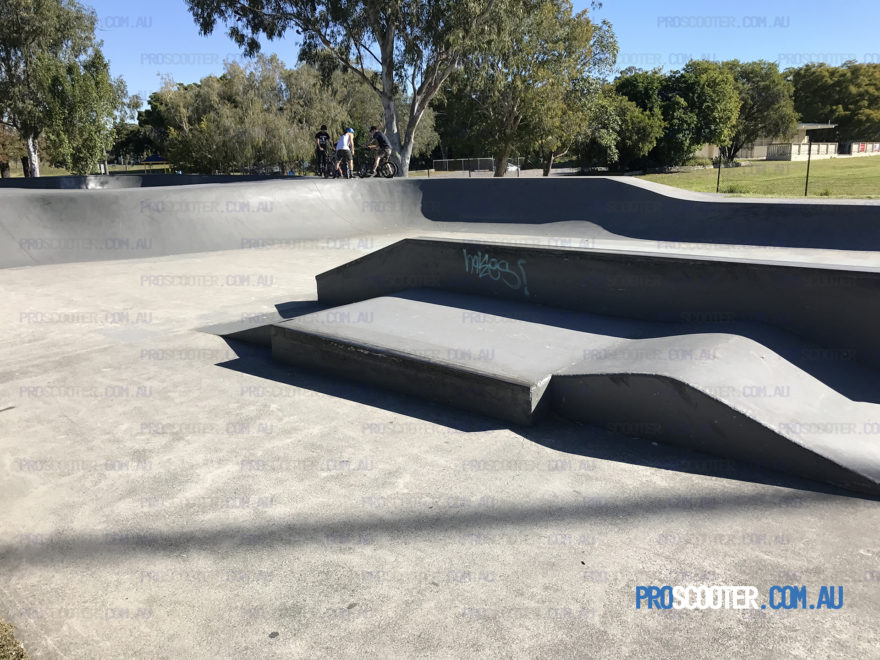 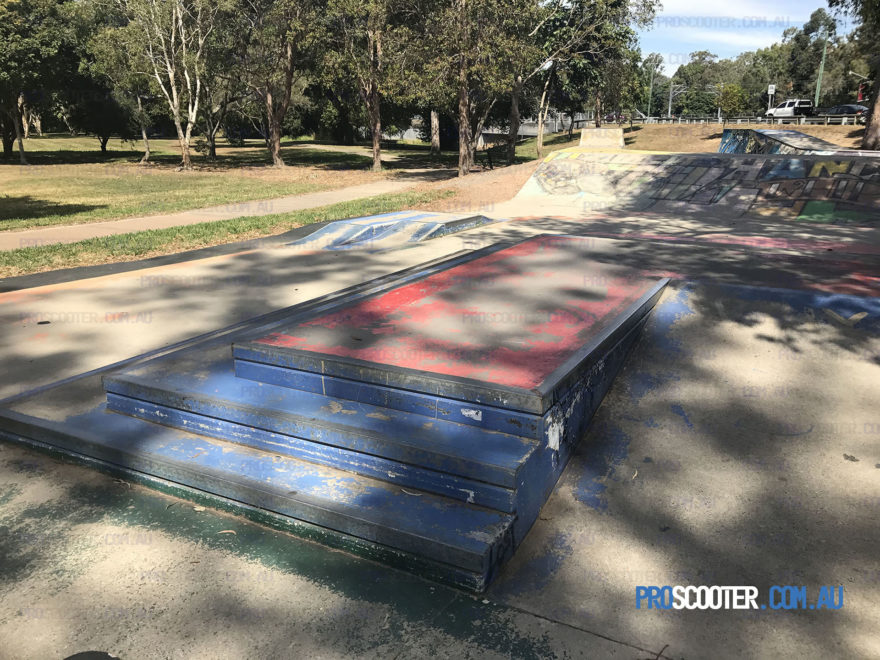 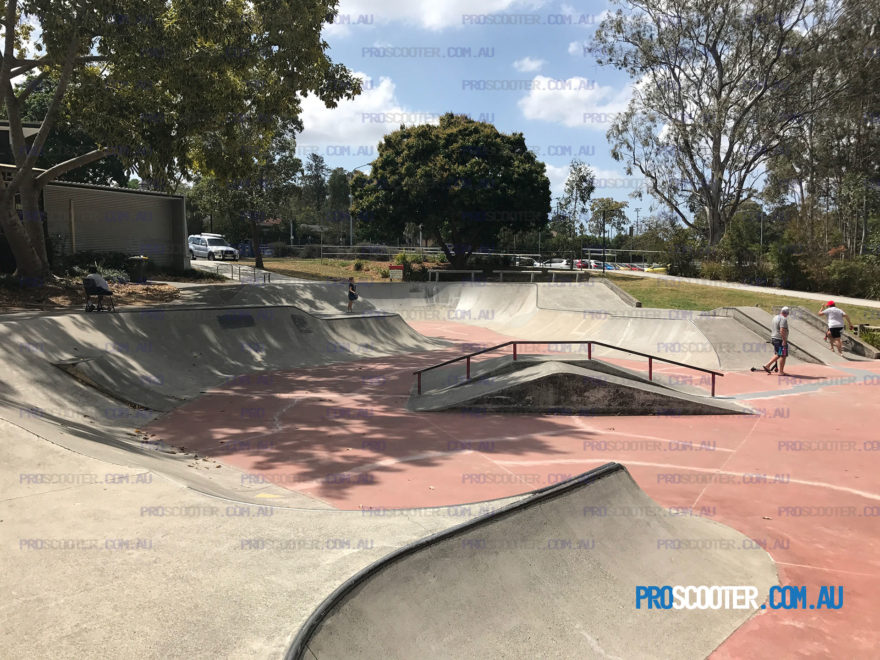 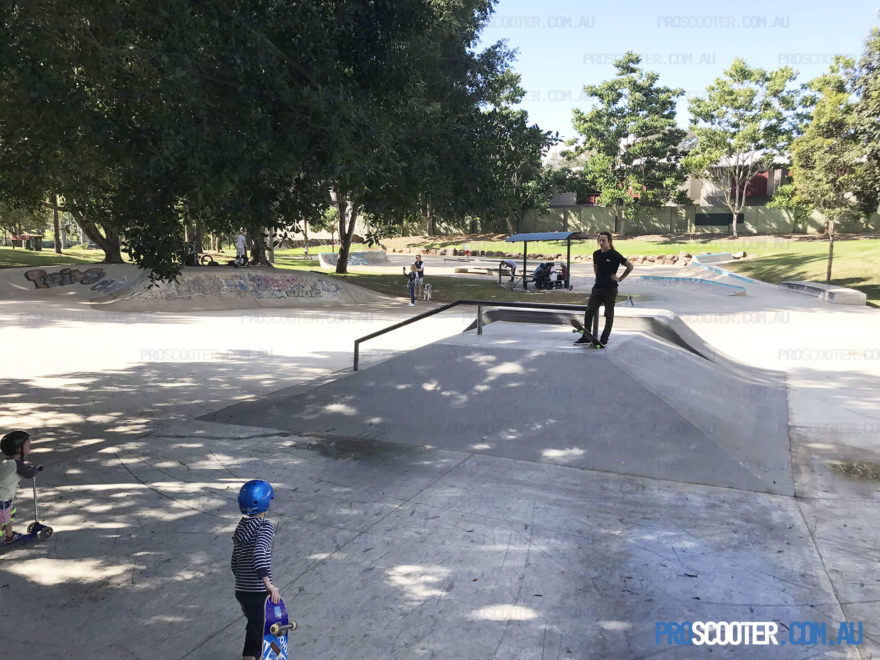 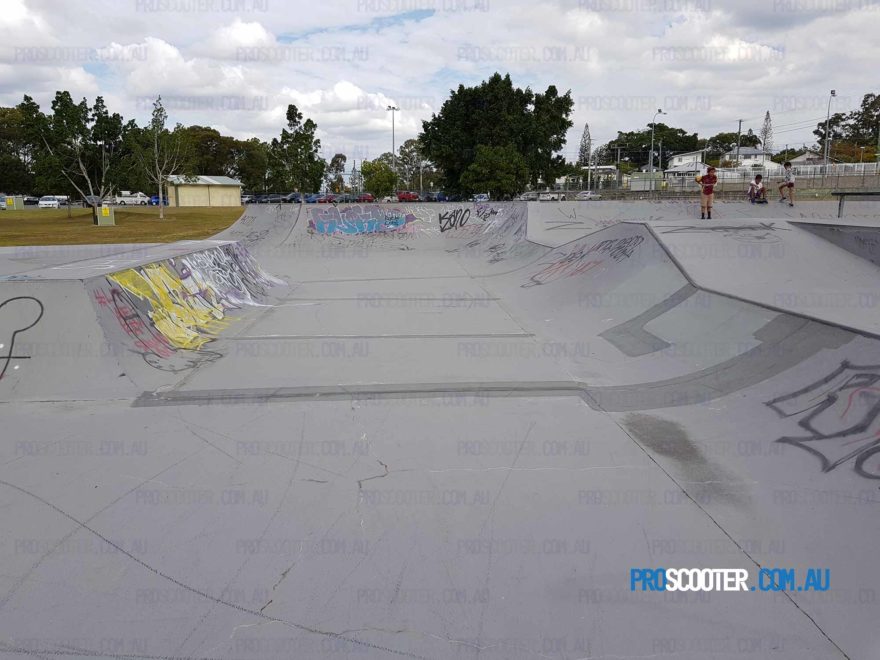 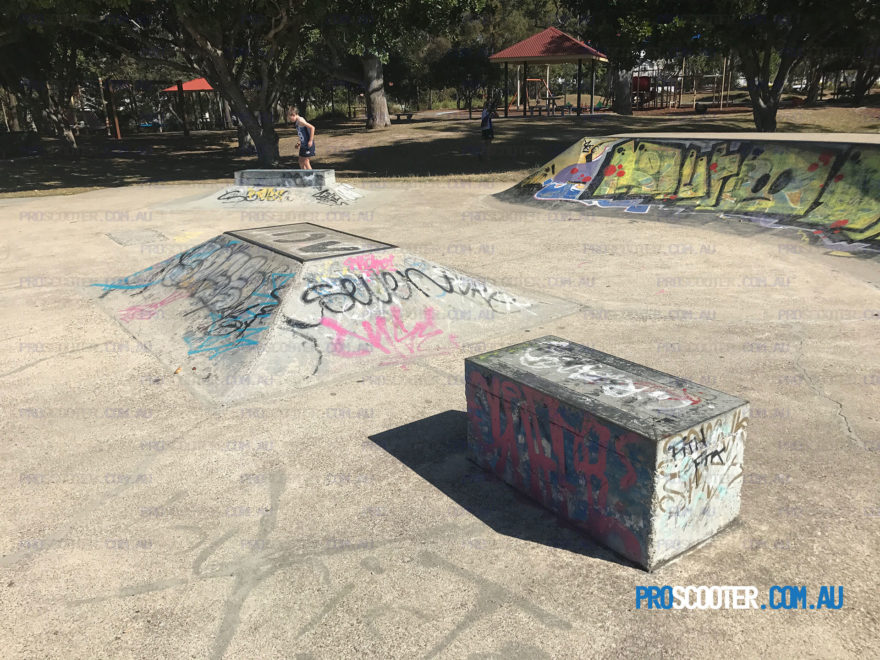 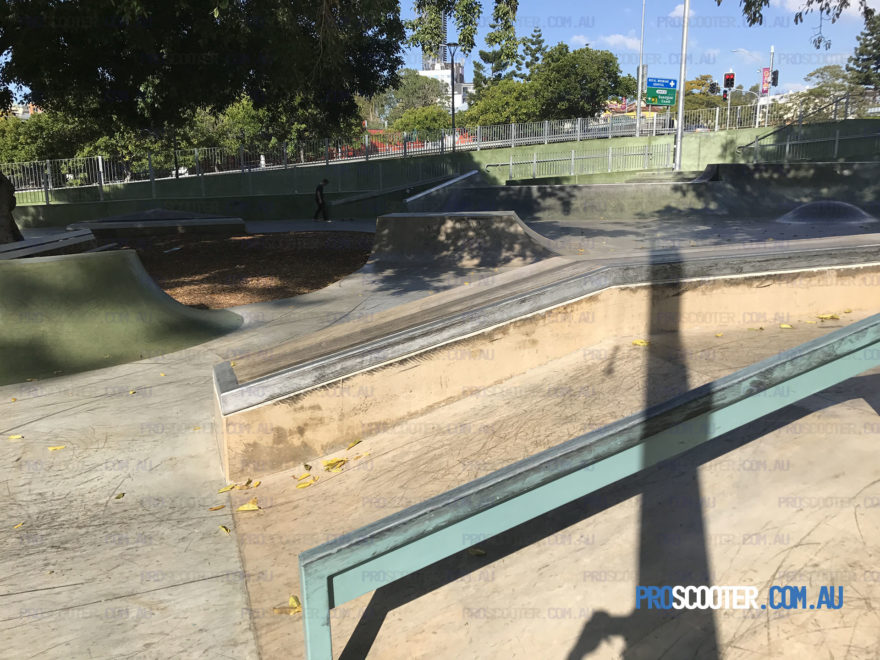 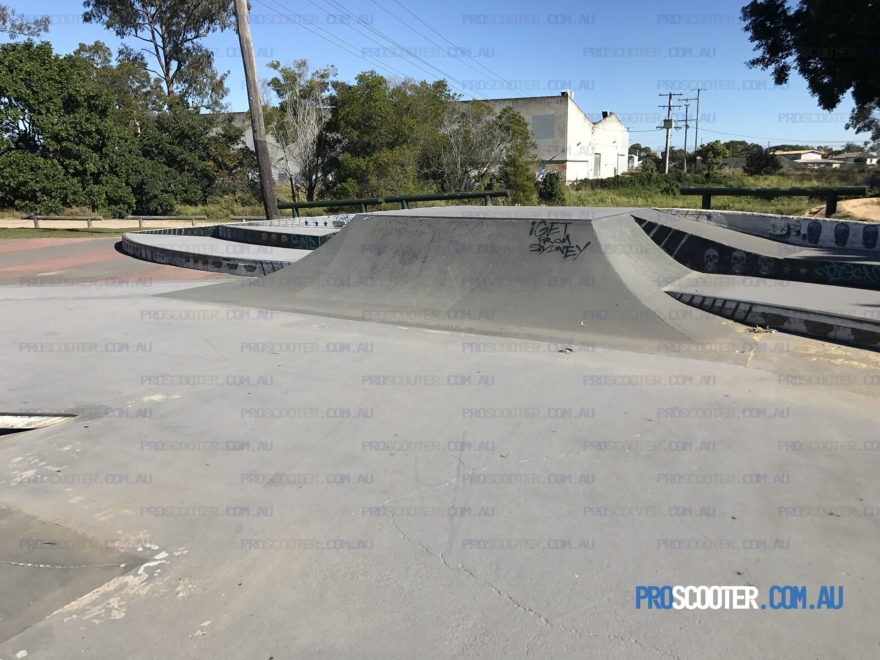 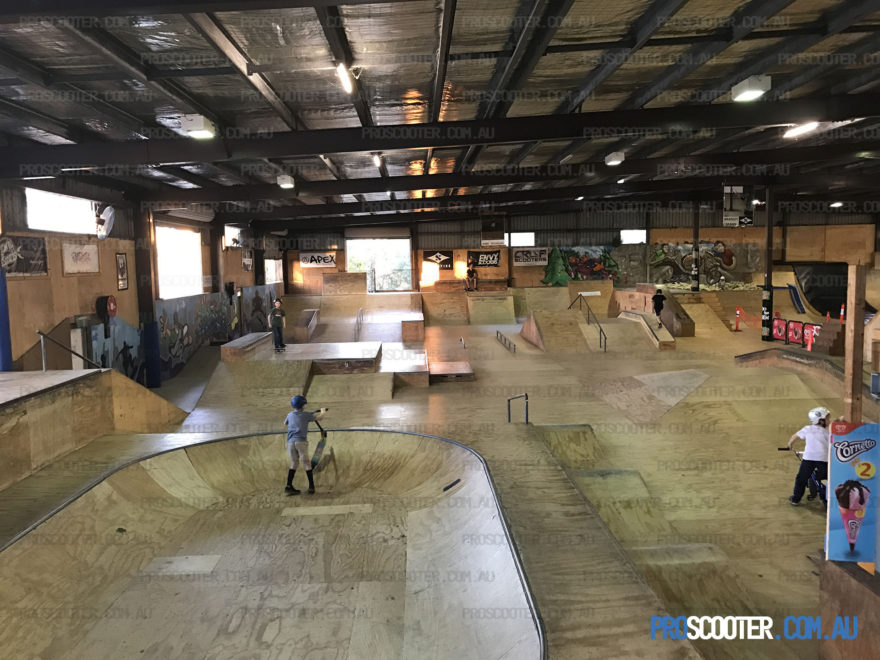 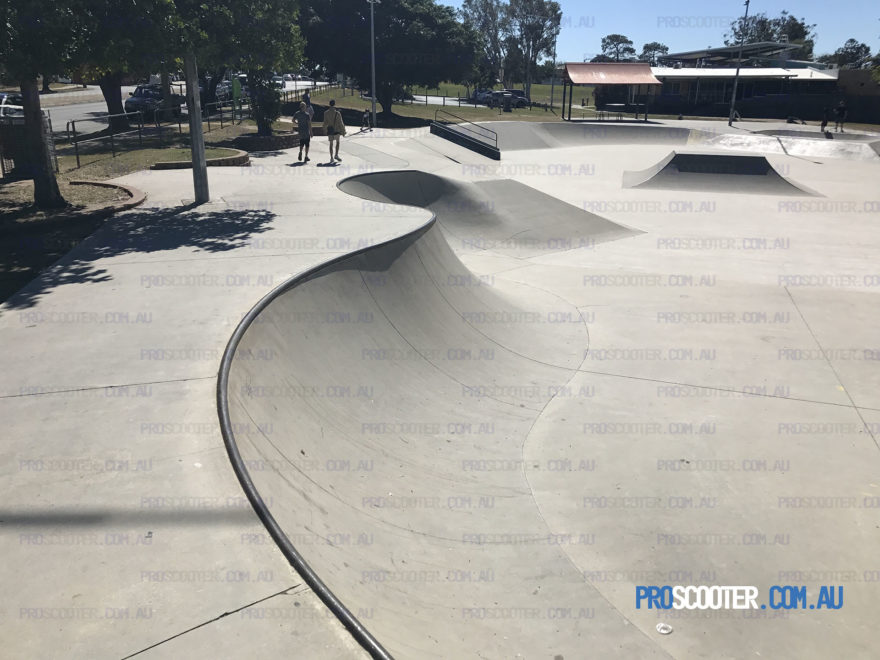 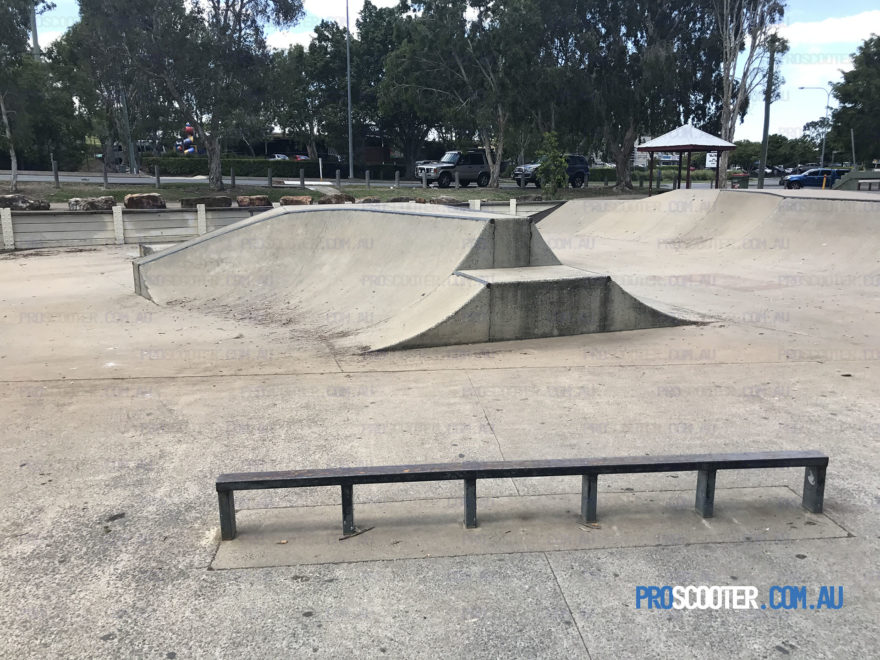 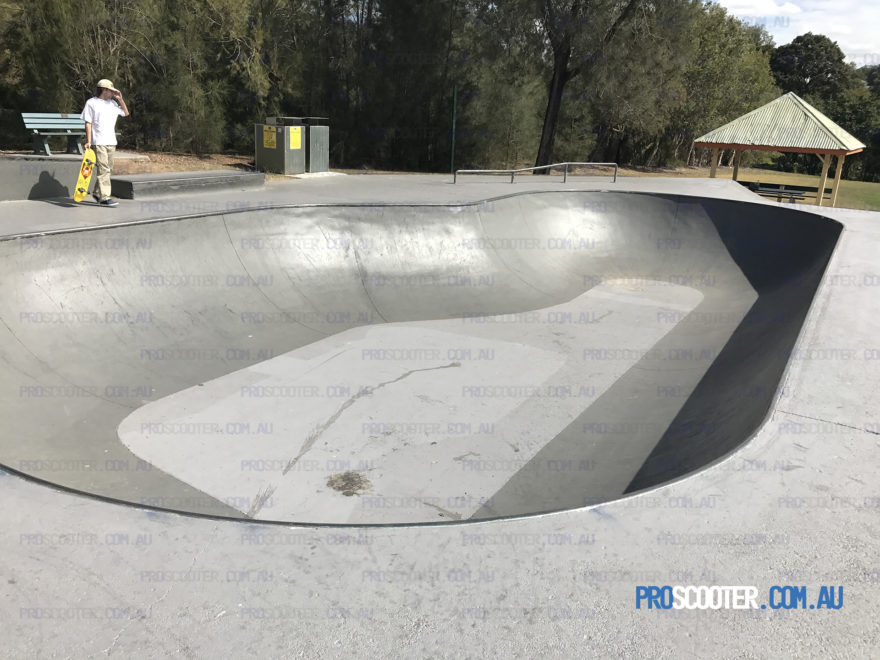 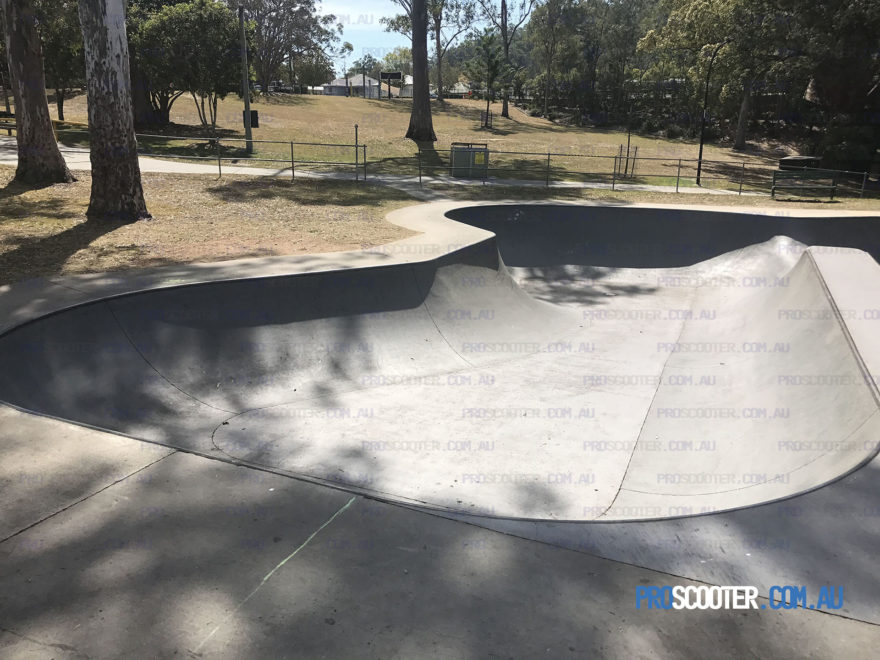 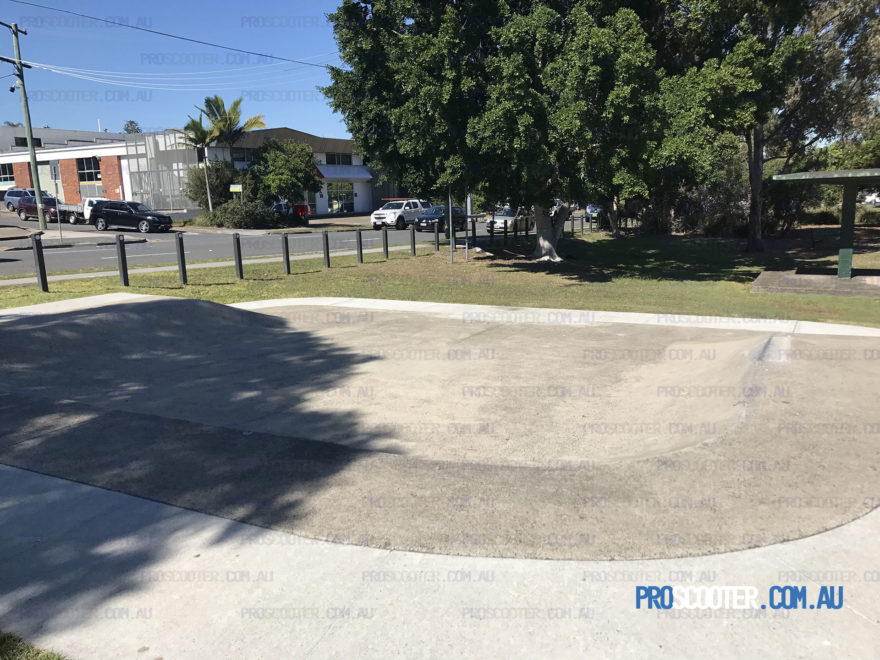 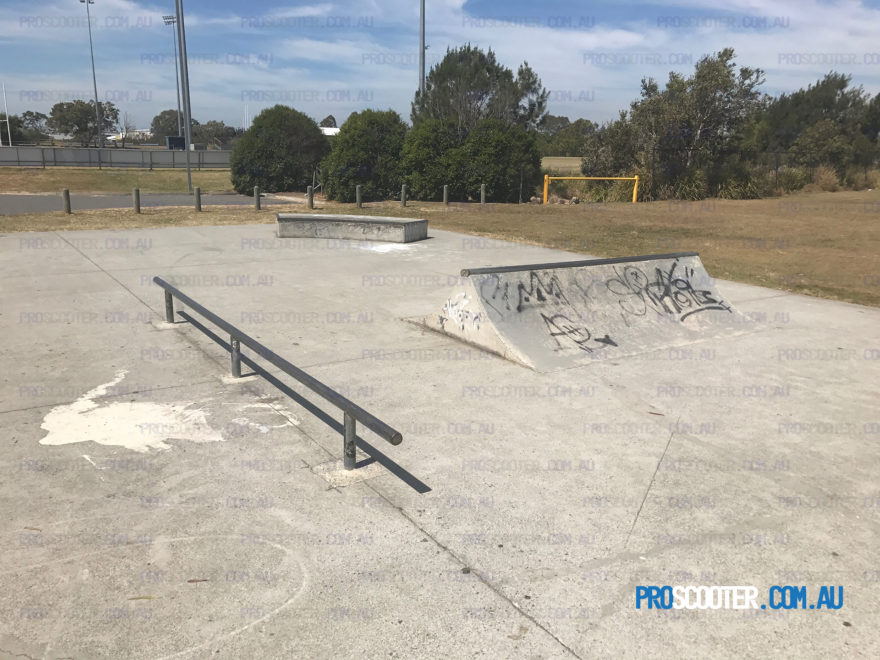